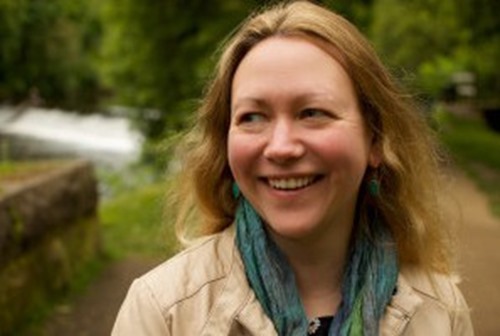 In her novel The Comet Seekers, Helen Sedgwick presents an astounding narrative, which uses multiple points of views to weave a story that reaches across time and ultimately throws together two broken and lonely people in the middle of Antarctica. Sedgwick admits that The Comet Seekers didn’t initially start out as a full-fledged novel.  “I first had the idea for a story combining comets and history (back) in 2011, Sedgwick said. “I wrote it as a short story to begin with, but the characters kept calling me back for more.”

Róisín and François are both running away from a past that haunts them, escaping feelings of guilt and regret. Róisín, an astronomer of Irish roots but with great ambition, and François who has lived all his life in a small northern French town has seldom left it, but finds solace and catharsis in cooking, encounter each other at a research base in Antarctica. Unbeknownst to each other they have shared a fascination for comets their entire lives and even as they develop a tentative closeness, Róisín and François are unaware that their paths are coincidentally joined by the lives and choices of their ancestors.

Sedgwick weaves multiple comet sightings and different points of view that begin in 2017 and trail back to the first glimpse of Halley’s Comet in 1066. But instead of finding it daunting, Sedgwick admits that it wasn’t as difficult as it seems. “I found the (different) points of view helpful in the writing process and in a way they directed the novel”, Sedgwick explained. “I knew that I wanted to write about people making different choices, and the multiple points of view allowed me to show why each of the characters make the decisions they do. It felt like the natural way to write a book about choice, and the ways in which we are both individual and connected.” 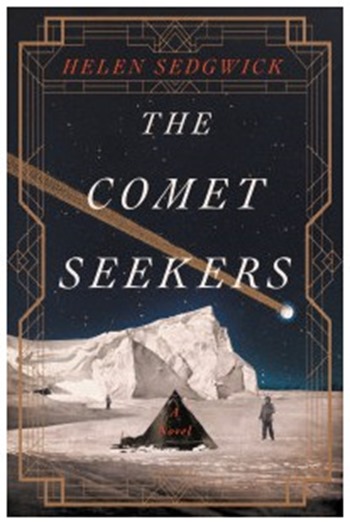 But it’s not just the unique way how Sedgwick manoeuvres multiple POVs and navigates through different centuries. It’s that we see François and Róisín’s ancestors interact across time, living out their own fascinating and tragic stories. The groundwork is laid out for Róisín and François to meet in a way that almost seems preternaturally planned. Sedgwick however, doesn’t quite see it that way.

“I’d say the opposite (of preternaturally)”, she stated. “Their encounter was pure chance. Searching through history over a thousand years will show that we are all linked, and similar connections as those between Róisín and François can be found between all the people in our lives. It is not just that we are all related, though we are, but also that we all share something in common, and if we look for those similarities we will find them.” Indeed Sedgwick proposes an interesting theory. If in fact we are linked and bound together in a sort of “six degrees of separation”, is it then inevitable to repeat the history of our ancestors over and over again because it is engraved in our DNA?

In the opening scene of the novel, Róisín watches as a group of people run a marathon around the base that has temporarily become their home in Antarctica, while they await for the arrival of Comet Giacobini, the main reason they are there. Róisín  prefers to stand in the side-lines and observe, only joining the others as they run the final lamp in temperatures of minus ten degrees. It’s at that moment that she first encounters François, her first impression of him is that he seems so young but she is nevertheless intrigued by him.

Their first conversation takes place a while after the run, as they are drawn towards one another, even as Róisín is flooded with uncertainty about wanting his company:

What are you looking for?

François is here, wanting to see what she’s doing, to join in. She’s not sure how she feels about that; she did not come here to make friends. Róisín thinks about telling him so, asking him to leave, but for some reason she decides to make him stay. Beside her, François looks at the sky and exhales.

There’s a comet predicted, she says. It’s going to be very bright. But it’s too early. I mean, we’re too soon.

Because it’s not dark enough yet?

Yes. Well, that and other things.

François stays where he is, doesn’t ask any more questions. He doesn’t take his eyes from the sky.

Róisín’s initial apprehension towards engaging with François in conversation may be better understood by observing her heart-breaking past. She lost not only the first man she ever loved but also the man she abandoned for her promising future as an astronomer, her cousin Liam. Róisín and Liam’s relationship, was complicated because of a perceived incestuous tinge and their completely different live paths. While Róisín moves to the city in her search for scientific developments in her field, Liam is dead-set on running his late father’s farm. This ultimately tears their relationship apart, and their breakup is later further tinted with tragedy. 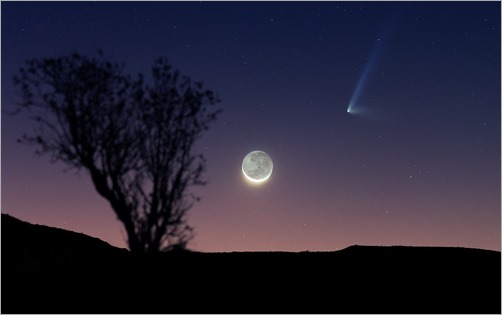 Sedgwick writes her dialogues with no quotation marks, which initially can take some getting used to, even though she is by no means the first to do this. Cormac McCarthy, James Joyce, Jose Saramago, and Cynan Jones are only a few who have sought to abolish the conventionality of traditional punctuation seeking to challenge the reader, particularly in Jones’s case, to go beyond the well-known layout of how a dialogue is perceived.

Was Sedgwick afraid that readers would find this lack of speech marks intimidating? She says no. “I didn’t use speech marks because I enjoy the flow of prose without them, and I’m interested in the questions it raises about what we think and what we say, the internal and the external, she stated. “I must admit I didn’t worry about confusing the reader at all – I think readers are able to cope with pretty much anything, and I love them for it.”

Although Róisín is presented as a complex character whose life has been broken, François is no stranger to painful situations. Living with a mother who loves him dearly, but who is constantly plagued by the ghosts of her ancestors, François seeks solace in his ability to create recipes that help him imagine the many exotic places where he’s never been. Sedgwick admits that the character of François was for her the one that posed a complex task.  “Adult François was the most challenging character to write, because he had existed as a young boy in my mind for so long”, she said. “I (think) I had trouble getting him to grow up.”

As Róisín and François slowly come towards each other and begin telling their stories, Sedgwick’s astounding ability for description and engaging narrative through heart-felt dialogues between the characters really shines through. Róisín and François’s destiny is sketched not only by their individual actions and decisions, but also by those of their ancestors, who like them, were brought together by the magic and cosmic pull of comets. The Comet Seekers is a fascinating character and philosophical study that poses thought-provoking questions: Is our future decided solely by our actions? Or is our destiny somehow tied to those that came before us?