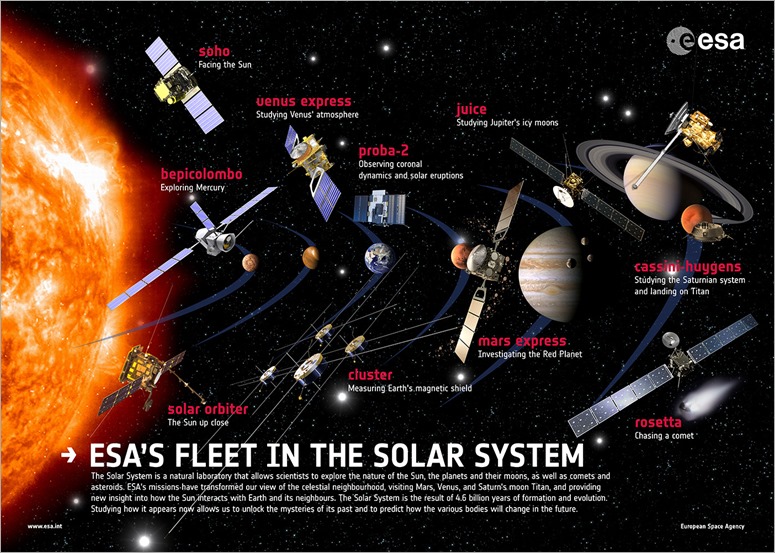 ESA's Science Programme Committee (SPC) has today confirmed two-year mission extensions for nine scientific missions in which the Agency is participating. This secures their operations until the end of 2018.

After a comprehensive review of their current operational status and the likely scientific return from each mission, the SPC decided to extend the operation of six ESA-led missions (Cluster, INTEGRAL, Mars Express, PROBA-2, SOHO and XMM-Newton) from 1 January 2017 to 31 December 2018.

The go-ahead was also given to continue ESA's contributions to the operations of three international collaborative missions: the Hubble Space Telescope and the Interface Region Imaging Spectrograph (IRIS), which are both led by NASA, as well as Hinode, which is a Japanese-led mission.

Every two years, all missions whose approved operations end within the following four years are subject to review by the advisory structure of the Science Directorate. Extensions are granted to missions that satisfy the established criteria for operational status and science return, subject to the level of financial resources available in the science programme. These extensions are valid for the following four years, subject to a mid-term review and confirmation after two years. 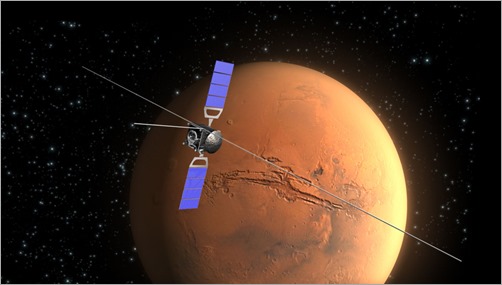 For the current cycle, the committee deferred any decision for the period 2019-2020 until after the meeting of the ESA Council at Ministerial Level, which is being held in Lucerne, Switzerland, 1–2 December. Among many decisions to be taken, the ESA Council will decide the longer-term budget of the science programme.

Extensions for SOHO, PROBA-2 and Hinode, and the continued contribution to IRIS, will ensure that our Sun is closely observed as it continues to head towards an unusually weak minimum of sunspot and flare activity.

Meanwhile, the Cluster quartet will measure the effects of this changing activity nearer to home, as they visit new regions of Earth's magnetosphere and operate simultaneously with other solar-terrestrial missions.

Mars Express has been in operation since December 2003 and it continues to study many different aspects of the Red Planet's atmosphere, surface and moons. Its data will complement measurements made by ESA's Trace Gas Orbiter, which arrived at Mars in October 2016.

XMM-Newton, the Hubble Space Telescope and INTEGRAL will continue to provide complementary observations of the Universe at many different wavelengths. These will include studies of the Solar System, planets orbiting distant stars, exploding stars, black holes, and the evolution of galaxies and the Universe.