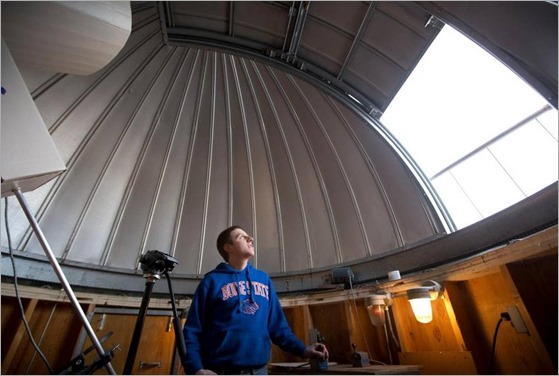 Brian Jackson, an assistant professor in Boise State’s physics department, is also a leader of a consortium known as “SuPerPiG,” aka the “Short Period Planets Group.”

The group, which is funded by NASA to find planets that orbit for very short time periods very close to their host stars, is celebrating a success. The group found and confirmed two new planets that have been officially recognized by scientists at the Infrared Processing and Analysis Center at CalTech.

“Over the last few decades, astronomers have found planets in almost every nook and cranny that they can inhabit,” said Jackson in a statement. “These ultra-short-period planets are another example of the surprisingly wide variety of planets in our galaxy and may help us to understand the origins and early histories of planetary systems like our own.”

In his blog, Jackson wrote that the group found the planets by looking for their shadows as the passed in front of their host stars, a method for planet hunting known as the “transit method.” 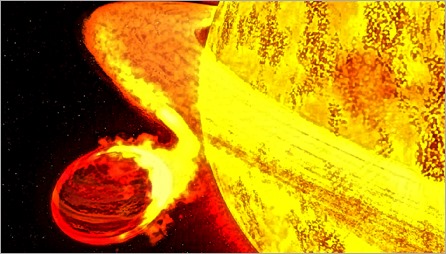 First, they’re both bigger than Earth but smaller than Neptune – planet b is 50% larger, and planet c is 2.5 times larger. They inhabit a strange nether-region of planets where they’re known as super-Earths or sub-Neptune's, planets somewhere between Earth and Neptune. The reason there’s no specific name for such planets is because astronomers don’t understand this new class of planet at all.

Second, both planets are MUCH closer to their Sun than the planets in our solar system. In fact, planet b is so close to its sun that it takes less time to orbit (14 hours) than all the playtime it took the Cubs to go from 3 games down to tying up the World Series. By comparison, planet c circles at the glacial pace of once every 13 days.

Another thing that’s interesting about our planets: they’re yet another system of with an ultra-short-period planet (USP) in which there is more than one planet, i.e. a multi-planet system. In fact, as we argue in our paper,  most of the known systems with ultra-short-period planets are probably multi-planet systems and that fact might help explain the origin of these chthonic.