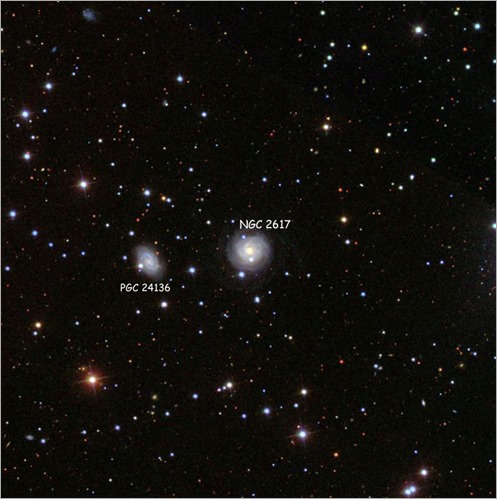 Members of the Sternberg Astronomical Institute of the Lomonosov Moscow State University have been studying changes in the appearance of emission from around the supermassive black hole in the centre of a galaxy known to astronomers as NGC 2617. The centre of this galaxy, underwent dramatic changes in its appearance several years ago: it became much brighter and things that had not been seen before were seen. This sort of dramatic change can give us valuable information for understanding what the surroundings of a giant black hole are like and what is going on near the black hole. The results of these investigations have been published in the Monthly Notices of the Royal Astronomical Society, one of the world's top-rated astronomical journals.

Most galaxies such as our own have a giant black hole in their central nuclei. These monstrous holes have masses ranging from a million to a billion times the mass of our sun. The black hole in our galaxy is inactive, but in some galaxies, the black hole is swallowing gas that is spiralling into it and emitting enormous amounts of radiation. These galaxies are called "active galactic nuclei" or AGNs for short. The energy output from around the black holes of these AGNs can exceed that of the hundreds of billions of stars in the rest of the galaxy. Just how these galaxies get their supermassive black holes is a major mystery. 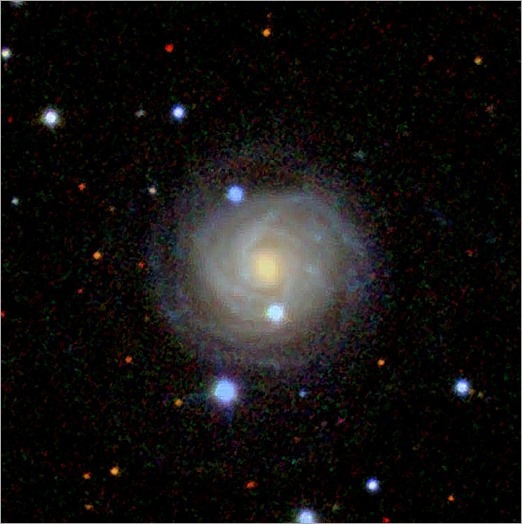 The nuclei of galaxies where the supermassive black holes are vigorously swallowing gas are classified into two types: those where we get a direct view of the matter spiralling into the black hole at a speed that is thousands of times faster than the speed of sound, and those where the inner regions are obscured by dust and we only see more slowly moving gas much further from the black hole.

For decades astronomers have wondered why we see the innermost regions of some active galactic nuclei but not others. A popular explanation of the two types of active galactic nuclei is that they are really the same but they appear to be different to us because we are viewing them from different angles. If they are face-on we can see the hot gas spiralling into the black hole directly. If the active galactic nucleus is tilted, then dust around the nucleus blocks our view and we can only see the more slowly moving gas a light year or more away.

The leader of the international research team involved in the investigation, Viktor Oknyansky, a Senior Researcher at the Sternberg Astronomical Institute of the Lomonosov Moscow State University says: "Cases of object transition from one type to the other turn out to be a definite problem for this orientation model. In 1984 we found a change in the appearance of another active galactic nucleus known as NGC 4151. It was one of few known cases of this kind in the past. We now know of several dozen active galactic nuclei that have changed their type. In our recent study we have focused on one of the best cases -- NGC 2617."

Oknyansky continues: "In 2013 a team of researchers in the US found that NGC 2617 had changed being an active galaxy where the inner regions were hidden to one where the inner regions were now exposed. We didn't not know how long it would remain in this new unveiled state. It could last for only a short period of time or, on the other hand, for dozens of years. The title of the paper by the US astronomers was "The man behind the curtain..." When we began our study we didn't know how long the curtain would remain open, but we've titled our paper "The curtain remains open...", because we are continuing to see into the inner regions of NGC 2617.

According to the authors there is no accepted explanation so far of what could cause us to start seeing down to the inner regions of an active galactic nucleus when it was previously hidden. 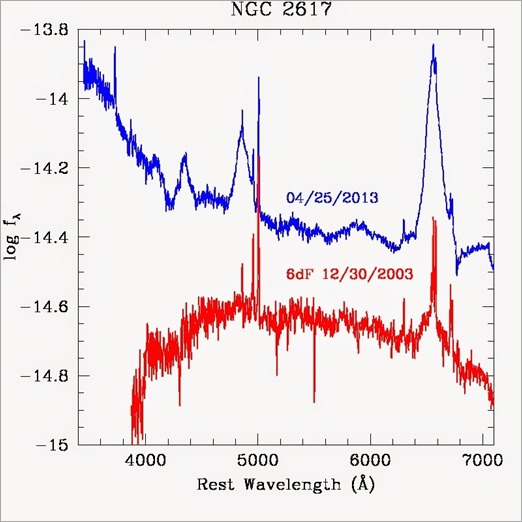 Viktor Oknyansky comments: "It's clear that this phenomenon isn't very rare, on the contrary, we think it's quite typical. We consider various possible explanations. One is that perhaps a star has come too close to the black hole and has been torn apart. However, the disruption of a star by a black hole is very rare and we don't think that such events can explain the observed frequency of type changes of active galactic nuclei. Instead we favour a model where the black hole has started swallowing gas more rapidly. As the material spirals in towards the black holes it emits strong radiation. We speculate that this intense radiation destroys some of the dust surrounding the nucleus and permits us to see the inner regions."

Oknyansky continues: "Study of these rapid changes of type is very important for understanding what is going on around supermassive black holes that are rapidly swallowing gas. So, what we have concentrated on is getting observations of the various types of radiation emitted by NGC 2617. This has involved a large-scale effort."

The observational data for the project were obtained using the MASTER Global Robotic Network operated by Professor Vladimir Lipunov and his team, the new 2.5-m telescope located near Kislovodsk, a 2-m telescope of the observatory in Azerbajan, the Swift X-ray satellite, and some other telescopes. This research has been conducted in cooperation with colleagues from Azerbaijan, the USA, Finland, Chili, Israel and the South Africa.