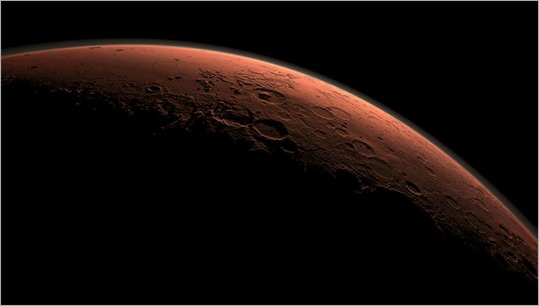 The Indian Space Research Organisation (ISRO) may put a lander on Mars in 2021 or 2022 and send an orbiter to Venus shortly thereafter.

“The government has given us a go ahead for the planning of the missions,” ISRO Chairman A. S. Kiran Kumar in Bengaluru told Science Insider.

India was the first nation to successfully reach the Red Planet on its first attempt when the Mars Orbiter Mission (MOM), also known as Mangalyaan, entered orbit in 2014. The spacecraft continues to beam data back to mission control in Bengaluru; one of its stunning images of Mars graced the cover of last November’s issue of National Geographic. But the “technology demonstrator,” as ISRO calls MOM, has delivered only minimally on science expectations, critics say. For example, its methane sensor apparently has failed to detect methane plumes in the Martian atmosphere. “Mangalyaan was a marvel in engineering, but no exciting science came out of [it] since the experiments and instruments themselves were mediocre,” says U. R. Rao, chairman of ISRO’s science advisory committee and a former ISRO chief. “Small instruments give small science,” he says.

The Indian government gave the Mars reprise a green light in its 2017 budget proposal released this month. ISRO is promising a major science upgrade for its second mission, which it plans to undertake with France. "The next step has to be a lander. A lander on Mars is not easy, but it will be interesting to undertake," says Jean-Yves Le Gall, president of Centre National d'Études Spatiales (CNES), France’s space agency, in Paris.

ISRO is mulling whether to add a rover to what it’s provisionally calling “MOM II”; a final decision may hinge on the outcome of India’s next moon mission early next year, which will debut an Indian rover. If ISRO opts for a rover as part of MOM II, NASA is keen to offer its Electra radio equipment to facilitate communication between India’s rover and mission control, and to improve NASA’s communication with its Mars missions, says Michael M. Watkins, director of NASA’s Jet Propulsion Laboratory in Pasadena, California. He says NASA would also be open to working on a scientific instrument for MOM II’s payload if ISRO were interested. ISRO scientists caution, however, that the agency has not yet decided whether to go with a lander and rover, or play it safer with an orbiter carrying a more sophisticated set of scientific payloads than its predecessor. “The next mission has to have the best impact,” Kumar says.

ISRO’s internal discussions on a Venus mission, meanwhile, have just begun. One science objective, agency officials say, could be to study Venus’s carbon dioxide–rich atmosphere to glean insights into the build-up of the greenhouse gas in our planet’s atmosphere. Jacques Blamont, an astrophysicist and former CNES head who is professor emeritus at Pierre and Marie Curie University in Paris, told Science Insider that ISRO might wish to equip its orbiter with balloons carrying synthetic imaging radar; these could be launched into the Venusian atmosphere to study its properties and measure temperature fluctuations. “Venus is a terribly hot planet and no instrument survives for more than 30 to 60 minutes in its atmosphere, so making use of metallic balloons … is one possibility,” Rao says. That piques U.S. interest. Watkins says NASA “very possibly” may wish to collaborate on the Venus mission.