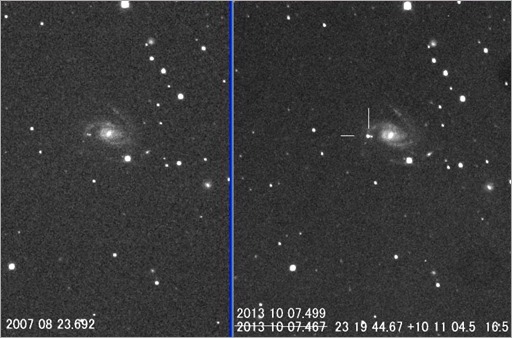 A long time ago, in a galaxy far away, a super-giant red star ended its life in a spectacular explosion known as a supernova.

The light from that event took 160 million years to reach Earth where, in a stroke of luck, robot telescopes scanning the night sky happened upon it on October 6, 2013. The classical type II supernova was discovered by Koichi Itagaki (Japan).

On Monday, astronomers said the chance discovery allowed them to study the earliest phase of a supernova yet — just three hours after it erupted.

“We immediately knew that what we have in hand is extremely unique,” Ofer Yaron of the Weizmann Institute of Science in Israel, lead author of a study in the journal Nature Physics, told AFP. 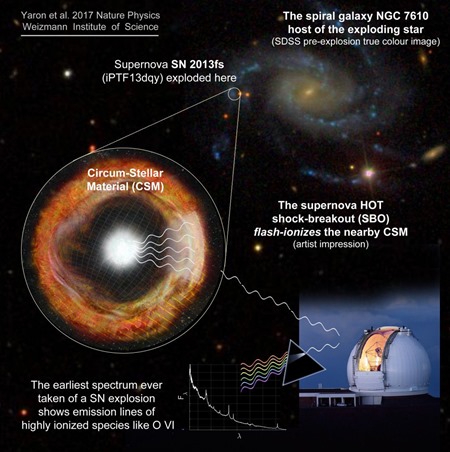 “We managed to observe this event when (it was) very young,” said Yaron, of the Institute’s Department of Particle Physics and Astrophysics.

The supernova was named SN 2013fs.

Scientists are keen to study the early phases of supernovae, seeking insights into the moments just before massive stars expire in such dramatic fashion.

But without knowing when and where in the vast universe a supernova will occur, they are rarely spotted before they are already several days old and most of the debris has dispersed.

Supernovae are normally observable over a time scale of about a year, but their peak brightness lasts between several days and several weeks, said Yaron.

Until recently, catching a supernova a week after detonation was considered early.

The light of massive stars and their explosions can take several millions or billions of years to reach Earth.

In the case of SN 2013fs, the light’s 160-million-year trip was snared by an automated scan by the Palomar Observatory near San Diego, California, which is constantly looking for new astrophysical events.

A human eye spotted the celestial anomaly in telescope readings soon afterwards, and alerted other astronomers and physicists to train their instruments on the event to determine its distance, composition, temperature and other traits.

Among others, spectroscopic measurements of the light intensity were obtained from the WM Keck Observatory in Hawaii, and UV and X-ray readings from NASA’s Swift satellite. 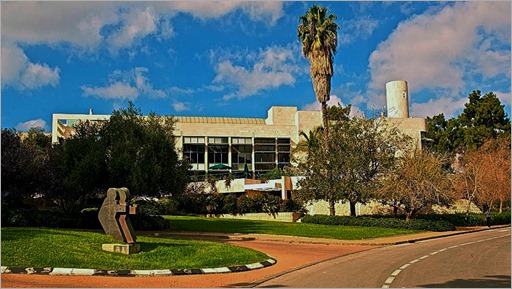 Yaron and a team assembled the data to reconstruct a picture of the moments before the star’s dazzling demise.

They caught the event so early, said the scientists, they could still observe the presence of material expelled by the dying star in its final year of life, forming a dense shell around it.

This hinted at instability in the dying moments of the star, which they concluded had been a red supergiant.

The supernova it caused was a “regular” type, suggesting that “pre-supernova instabilities may be common among exploding massive stars,” the team wrote.

If massive stars are unstable in the months before they die, their structure may be different than assumed so far — something that has implications for modelling of the explosion process, said Yaron.