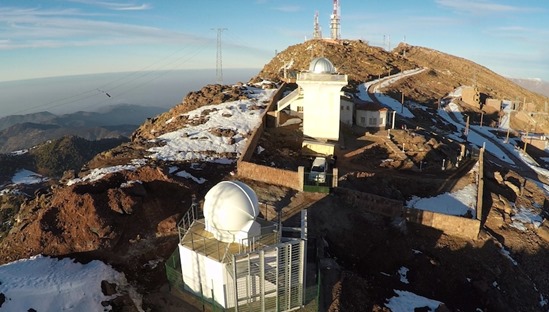 NASA’s last discovery of seven Earth-size planets that could potentially harbour life came out of a crucial collaboration with the Observatory of Oukaimeden, near Marrakech in Morocco.

“Thanks to NASA’s Spitzer satellite installed in Oukeimeden and the dozens of observatories involved, we were able to determine the existence of seven planets,” Zouhair Benkhaldoun, the director of the observatory, proudly told Morocco World News.

The scientist explained that the observation project started four years ago when the Origins in Cosmology and Astrophysics group (OrCA), from Beligan University of Liège contacted Cadi Ayyad University to collaborate on a “research initiative concerning exoplanets.”

In terms of this partnership, the University of Liège installed the TRAPPIST North telescope, dedicated to the observation of exoplanets, at Oukaimeden in May 2016.

Then the Observatory contacted NASA asking it to steer the Spitzer Space Telescope (SST) on the observation system, added Benkhaldoun.

It was through the SST that this major discovery, detected by the OrCA group, was made possible.

“The results of the observation of the planets were scanned by Khalid Berkaoui, a second year doctorate student at Cadi Ayyad University,” said Benkhaldoune, adding that himself and Berkaoui are co-authors of the study on the discovered planets, which will appear in the journal Nature on February 23.

It is not the first time when the Observatory of Oukaimeden has established a discovery. It already made, indeed, several discoveries of small bodies of the solar system: four comets and five Near-Earth Asteroids.

“What you should know is that the Laboratory of Physics of High Energy and Astrophysics of Cadi Ayyad University is ranked first in terms of scientific production in Morocco,” explained the Moroccan scientist.

“We have a community of very enthusiastic young people taking interest in astronomy. The future can only be promising,” he concluded.