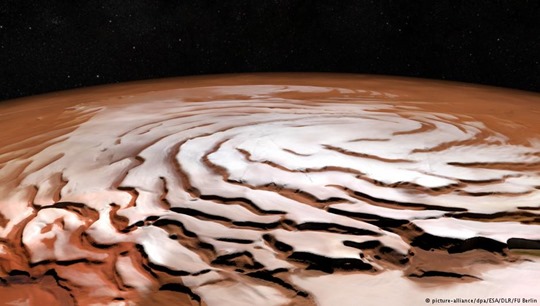 Recent images from the European Space Agency's Mars Express satellite offer a new perspective to the ice cap on the planet's north pole.

The ice cap and its swirling appearance is believed to have formed when strong winds from the planet's elevated centre blew towards the pole and circled in a similar fashion to hurricane spirals on Earth. 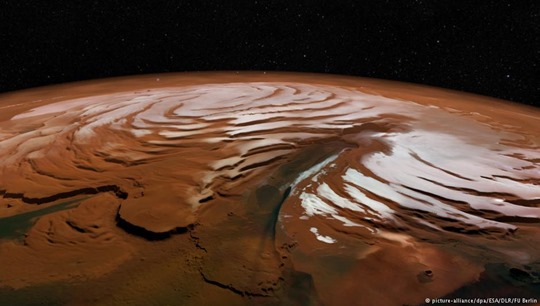 Although the ice cap is permanent throughout the year, the winter months can mean up to 30 percent of the planet's atmospheric carbon dioxide precipitates and adds an additional meter of ice to the pole. This adds to the predominantly frozen water and dust on the planet's surface.

When the ice falls on the terrain, it highlights the numerous canyons in the region, including the Chasma Boreale. The chasm cuts across the pole as a 500km-long and 3km-deep feature seen clearly from space.