Next-generation dark matter detector in a race to finish line 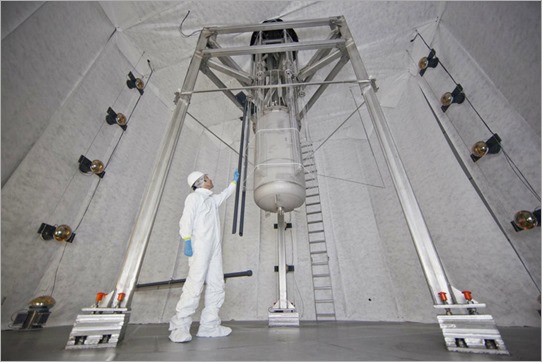 The race is on to build the most sensitive U.S.-based experiment designed to directly detect particles of dark matter. Department of Energy (DOE) officials formally approved a key construction milestone that will propel the project named LUX-ZEPLIN (LZ) toward its goal for completion by April 2020.

“The science is highly compelling, so it’s being pursued by physicists all over the world,” said Carmen Carmona, assistant professor of physics at Penn State and member of the LZ collaboration. “It's a friendly and healthy competition, with the possibility of a major discovery at stake.”

The fast-moving schedule for LZ will help the U.S. stay competitive with similar next-generation experiments to directly detect dark matter, planned in Italy and China.

The LZ experiment passed a DOE review-and-approval stage on Feb. 9, known as Critical Decision 3 (CD-3), which accepts the final design and formally launches construction. The project, which will be built nearly a mile underground at the Sanford Underground Research Facility (SURF) in Lead, South Dakota, is considered one of the best bets yet to determine whether theorized dark matter particles known as WIMPs (weakly interacting massive particles) actually exist. The LZ collaboration includes about 220 participating scientists and engineers who represent 38 institutions around the globe.

LZ will be at least 50 times more sensitive to finding signals from dark matter particles than its predecessor, the Large Underground Xenon experiment (LUX), which was removed from the SURF facility last year to make way for LZ. Successive generations of experiments have evolved to provide extreme sensitivity in the search that will at least rule out some of the likely candidates and hiding spots for dark matter, or may lead to a discovery. The new experiment will use 10 metric tons of ultra-purified liquid xenon to tease out possible signals of dark matter. Xenon, in its gas form, is one of the rarest elements in Earth’s atmosphere.

“The nature of dark matter — the invisible component or so-called ‘missing mass’ in the universe that would explain the faster-than-expected spins of galaxies and their motion in clusters observed across the universe — has eluded scientists since its existence was deduced through calculations by Swiss astronomer Fritz Zwicky in 1933,” said Luiz de Viveiros, assistant professor of physics at Penn State and member of the LZ collaboration. “The quest to find out what dark matter is made of, or to learn whether it can be explained by tweaking the known laws of physics in new ways, is considered one of the most pressing questions in particle physics.” 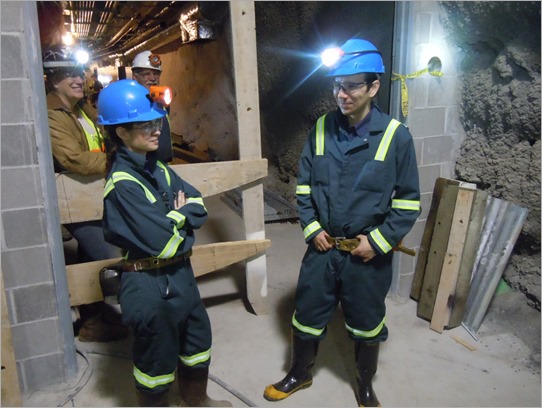 All of the components for LZ are painstakingly measured for naturally occurring radiation levels to account for possible false signals coming from the components themselves. A dust-filtering cleanroom is being prepared for LZ's assembly and a radon-reduction building is under construction at the South Dakota site. Radon is a naturally occurring radioactive gas that could interfere with dark matter detection.

“While WIMPs are the primary target for LZ and its competitors, LZ’s explorations into uncharted territory could lead to a variety of surprising discoveries,” said Carmona. “People are developing all sorts of models to explain dark matter. LZ is optimized to observe a heavy WIMP, but it’s sensitive to some less-conventional scenarios as well. It also can search for other exotic particles and rare processes.”

Above Image: We are the Dark Matter, Neutrinos and Particle Astrophysics Group at Penn State University.  Although we have only recently moved to Penn State, our group brings a long record and expertise in the design and construction of noble liquid TPC detectors and their operation in the search for dark matter, and is currently part of two dark matter direct detection experiments, LUX and LZ.

We are also involved in Project 8, an experiment aimed at measuring the neutrino mass by making precise measurements of the electron energy in beta decays, and on the development of novel rare-event detectors.  Visit our Research page for more details on these experiments and our work.

Carmona and de Viveiros are leading the LZ team at Penn State, which includes efforts to measure trace radon contamination levels present in the LZ components, and to develop real-time radon monitoring technologies suitable for use at liquid-xenon temperatures. These steps are necessary to remove background signals as much as possible.

A planned upgrade to the current XENON1T experiment at the National Institute for Nuclear Physics’ Gran Sasso Laboratory (the XENONnT experiment) in Italy, and China's plans to advance the work on PandaX-II, also are slated to be leading-edge underground experiments that will use liquid xenon as the medium to seek out a dark matter signal. Both of these projects are expected to have schedules and scales similar to LZ, though LZ participants are aiming to achieve a higher sensitivity to dark matter than these other contenders.

LZ is designed so that if a dark matter particle collides with a xenon atom, it will produce a prompt flash of light followed by a second flash of light when the electrons produced in the liquid xenon chamber drift to its top. The light pulses, picked up by a series of about 500 light-amplifying photomultiplier tubes (PMTs) lining the massive tank — over four times more than were installed in LUX — will carry the telltale fingerprint of the particles that created them.

“We are looking forward to seeing everything come together after a long period of design and planning,” said de Viveiros. “Preparations of the cavern where LZ will be housed are underway at SURF, and onsite assembly and installation will begin in 2018."