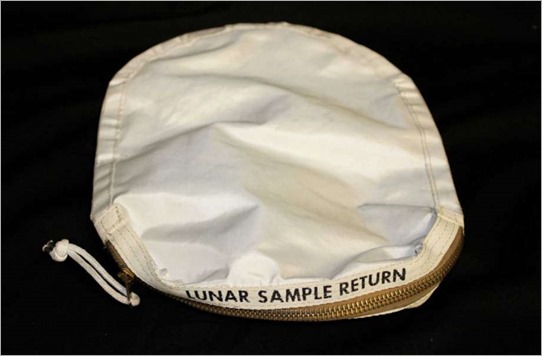 Nancy Lee Carlson will finally get her moon dust back.

A federal judge Friday ordered the Johnson Space Center to return the Illinois woman's lunar collection bag and the dusty specimens left inside from the historic 1969 moon landing.

The bag and its contents - a rare find that a NASA lawyer deemed a "national treasure" - had languished at the space centre for more than a year after scientists decided to keep it.

"There are no other lunar bags out there," said Joseph Gutheinz, a former NASA enforcement officer and moon rock hunter who supported Carlson's effort. "It's unique as all get out. And because of that, the value of that bag is incalculable."

U.S. District Judge Vanessa D. Gilmore in Houston ruled that Carlson is the bag's true owner, having bought it at a government auction for $995 in 2015.

The government may have erred in putting the bag up for sale, but government lawyers erred further by not appealing another judge's ruling on ownership, Gilmore concluded.

The bag is set to be covertly returned on Monday.

When the Apollo 11 capsule splashed down near Hawaii in July 1969, its celebrated crew came bearing loads of soil and rock stashed in specially designed collection bags.

The embroidered and zippered bag now owned by Carlson was among them, covered in microscopic moon dust and rock particles that NASA scientists discovered were difficult to remove.

Decades later, the round bag - about the size of a dinner plate - turned up in the home of a Kansas space museum's director, where it was seized by federal agents in an unrelated criminal case. 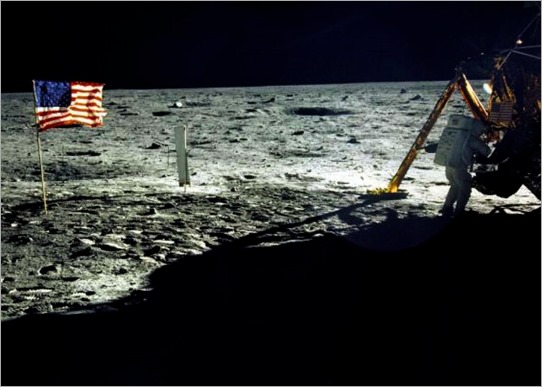 The U.S. Marshal's office finally put it up for auction in 2014 as a "flown zippered lunar sample return bag with lunar dust. 11.5 [inches]. Tear at Center. Flown Mission Unknown."

When it went up for auction again in February 2015, Carlson was the highest bidder.

Carlson had watched the moon landing, like so many from her generation, as an awestruck 11-year-old in Marquette, Michigan.

"I just felt great that they left this planet and made it to the moon, but I felt even happier when they got back OK," Carlson said Friday at the Houston federal courthouse.

Carlson's parents pushed her and her sister to pursue their dreams, and the space program embodied those big dreams, she said.

The package arrived by UPS at her home in Inverness, Illinois, about 50 miles from Chicago. It arrived in a simple cardboard box, with the lunar bag wrapped in brown paper inside. She kept it in her bedroom closet for safekeeping.

A few months later, Carlson contacted Ryan Zeigler, the lunar sample curator at the Johnson Space Center, curious to know if the bag actually contained moon dust. He said he'd be glad to test it if she'd send it to him.

He confirmed that the bag contained lunar dust, and further tests revealed even more: It was an outer decontamination bag for the first lunar samples ever collected on the first manned mission to the moon.

That's when things got complicated.

Carlson and Zeigler exchanged emails over many months, ostensibly trying to arrange a time for her to retrieve her bag.

She eventually filed a federal lawsuit as part of the government's forfeiture action. A Kansas judge who got the case ruled the bag belonged to Carlson, but said a judge in the Houston region - where the Johnson Space Center is based – would have to oversee enforcement of the order.

"NASA is obviously disappointed by the decision of the court due to the fact that it was primarily through the unlawful activity of a third party that put this historical artefact into the public domain," according to a statement from William Jeffs, the NASA spokesman for the astromaterials division. "This artefact was never meant to be owned by an individual. Moreover, this artefact is important, not just for its scientific value, but also because it represents the culmination of a massive national effort involving a generation of Americans, including the astronauts who risked their lives in an effort to accomplish the most significant act humankind has ever achieved."

NASA officials have asked Carlson to consider allowing the bag to be displayed publicly.

Her lawyer, Christopher M. McHugh, said she will consider it. But first she wants to get it back in hand.

"Given that this bag is really a national treasure," McHugh told the judge, "I don't think it's possible for Ms. Carlson to just keep the bag at home. That's not going to happen. But I do think a transfer of ownership has to happen."

Carlson is also considering a quiet visit to the Johnson Space Center over the weekend while waiting to pick up her treasure.