Science fiction has long imagined alien worlds inhabited by silicon-based life, such as the rock-eating Horta from the original Star Trek series. Now, scientists have for the first time shown that nature can evolve to incorporate silicon into carbon-based molecules, the building blocks of life on Earth. 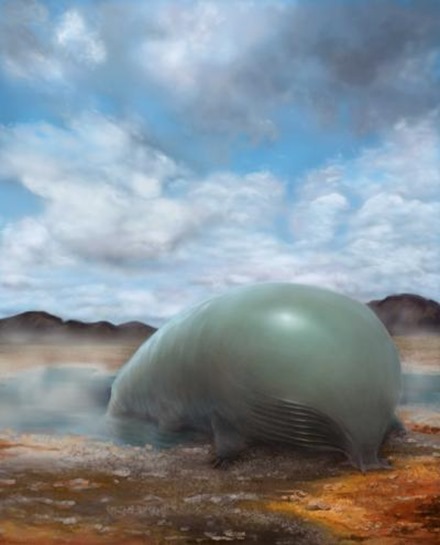 As for the implications these findings might have for alien chemistry on distant worlds, “my feeling is that if a human being can coax life to build bonds between silicon and carbon, nature can do it too,” said the study’s senior author Frances Arnold, a chemical engineer at the California Institute of Technology in Pasadena. The scientists detailed their findings recently in the journal Science.

Carbon is the backbone of every known biological molecule. Life on Earth is based on carbon, likely because each carbon atom can form bonds with up to four other atoms simultaneously. This quality makes carbon well-suited to form the long chains of molecules that serve as the basis for life as we know it, such as proteins and DNA.

Still, researchers have long speculated that alien life could have a completely different chemical basis than life on Earth. For example, instead of relying on water as the solvent in which biological molecules operate, perhaps aliens might depend on ammonia or methane. And instead of relying on carbon to create the molecules of life, perhaps aliens could use silicon.

Carbon and silicon are chemically very similar in that silicon atoms can also each form bonds with up to four other atoms simultaneously. Moreover, silicon is one of the most common elements in the Universe. For example, silicon makes up almost 30 percent of the mass of the Earth’s crust, and is roughly 150 times more abundant than carbon in the Earth’s crust.

Scientists have long known that life on Earth is capable of chemically manipulating silicon. For instance, microscopic particles of silicon dioxide called phytoliths can be found in grasses and other plants, and photosynthetic algae known as diatoms incorporate silicon dioxide into their skeletons. However, there are no known natural instances of life on Earth combining silicon and carbon together into molecules.

Still, chemists have artificially synthesized molecules comprised of both silicon and carbon. These organo-silicon compounds are found in a wide range of products, including pharmaceuticals, sealants, caulks, adhesives, paints, herbicides, fungicides, and computer and television screens. Now, scientists have discovered a way to coax biology to chemically bond carbon and silicon together.

“We wanted to see if we could use what biology already does to expand into whole new areas of chemistry that nature has not yet explored,” Arnold said.

The researchers steered microbes into creating molecules never before seen in nature through a strategy known as ‘directed evolution,’ which Arnold pioneered in the early 1990s. Just as farmers have long modified crops and livestock by breeding generations of organisms for the traits they want to appear, so too have scientists bred microbes to create the molecules they desire.

Scientists have used directed evolutionary strategies for years to create household goods such as detergents, and to develop environmentally-friendly ways to make pharmaceuticals, fuels and other industrial products. (Conventional chemical manufacturing processes can require toxic chemicals; in contrast, directed evolutionary strategies use living organisms to create molecules and generally avoid chemistry that would prove harmful to life.)

Arnold and her team — synthetic organic chemist Jennifer Kan, bioengineer Russell Lewis, and chemist Kai Chen — focused on enzymes, the proteins that catalyse or accelerate chemical reactions. Their aim was to create enzymes that could generate organo-silicon compounds.

“My laboratory uses evolution to design new enzymes,” Arnold said. “No one really knows how to design them — they are tremendously complicated. But we are learning how to use evolution to make new ones, just as nature does.”

Researchers in Frances Arnold’s lab at Caltech have persuaded living organisms to make chemical bonds not found in nature. The finding may change how medicines and other chemicals are made in the future. Credit: Caltech

First, the researchers started with enzymes they suspected could, in principle, chemically manipulate silicon. Next, they mutated the DNA blueprints of these proteins in more or less random ways and tested the resulting enzymes for the desired trait. The enzymes that performed best were mutated again, and the process was repeated until the scientists reached the results they wanted.

Arnold and her colleagues started with enzymes known as heme proteins, which all have iron at their hearts and are capable of catalysing a wide variety of reactions. The most widely recognized heme protein is likely haemoglobin, the red pigment that helps blood carry oxygen.

After testing a variety of heme proteins, the scientists concentrated on one from Rhodothermus marinus, a bacterium from hot springs in Iceland. The heme protein in question, known as cytochrome c, normally shuttles electrons to other proteins in the microbe, but Arnold and her colleagues found that it could also generate low levels of organo-silicon compounds.

After analysing cytochrome c’s structure, the researchers suspected that only a few mutations might greatly enhance the enzyme’s catalytic activity. Indeed, only three rounds of mutations were enough to turn this protein into a catalyst that could generate carbon-silicon bonds more than 15 times more efficiently than the best synthetic techniques currently available. The mutant enzyme could generate at least 20 different organo-silicon compounds, 19 of which were new to science, Arnold said. It remains unknown what applications people might be able to find for these new compounds.

“The biggest surprise from this work is how easy it was to get new functions out of biology, new functions perhaps never selected for in the natural world that are still useful to human beings,” Arnold said. “The biological world always seems poised to innovate.”

In addition to showing that the mutant enzyme could self-generate organo-silicon compounds in a test tube, the scientists also showed that E. coli bacteria, genetically engineered to produce the mutant enzyme within themselves, could also create organo-silicon compounds. This result raises the possibility that microbes somewhere could have naturally evolved the ability to create these molecules.

“In the universe of possibilities that exist for life, we’ve shown that it is a very easy possibility for life as we know it to include silicon in organic molecules,” Arnold said. “And once you can do it somewhere in the Universe, it’s probably being done.”

It remains an open question why life on Earth is based on carbon when silicon is more prevalent in Earth’s crust. Previous research suggests that compared to carbon, silicon can form chemical bonds with fewer kinds of atoms, and it often forms less complex kinds of molecular structures with the atoms that it can interact with. By giving life the ability to create organo-silicon compounds, future research can test why life here or elsewhere may or may not have evolved to incorporate silicon into biological molecules.

In addition to the astrobiology implications, the researchers noted that their work suggests biological processes could generate organo-silicon compounds in ways that are more environmentally friendly and potentially much less expensive than existing methods of synthesizing these molecules. For example, current techniques for creating organo-silicon compounds often require precious metals and toxic solvents.

“I’m talking to several chemical companies right now about potential applications for our work,” Arnold said. “These compounds are hard to make synthetically, so a clean biological route to produce these compounds is very attractive.”

Future research can explore what advantages and disadvantages the ability to create organo-silicon compounds might have for organisms. “By giving this capability to an organism, we might see if there is, or is not, a reason why we don’t stumble across it in the natural world,” Arnold said.

The research was funded by the National Science Foundation, the Caltech Innovation Initiative program, and the Jacobs Institute for Molecular Engineering for Medicine at Caltech.
- See more at: http://www.astrobio.net/news-exclusive/possibility-silicon-based-life-grows/#sthash.6vx7Yal4.dpuf